It was a slight tremor in her ring finger that made Sam suspicious that something was wrong. She was 42 years old and as the symptoms got worse over the next few months, she says she knew deep down that it was Parkinson's.

“I'd cared for people with Parkinson's and when I started with the tremor and then noticed the way I was walking I just knew. My family and my GP said 'no, you're too young it will just be something else' but I knew."

After various tests Sam's diagnosis of Parkinson's was confirmed in November 2013.

“I wasn't shocked and in many ways it was a relief to get it confirmed. By then I was having bad days where I was just exhausted, I found it difficult to eat at times and often felt very tired. This could last anywhere from 10 minutes to a couple of hours, making it difficult to carry on with normal daily life." 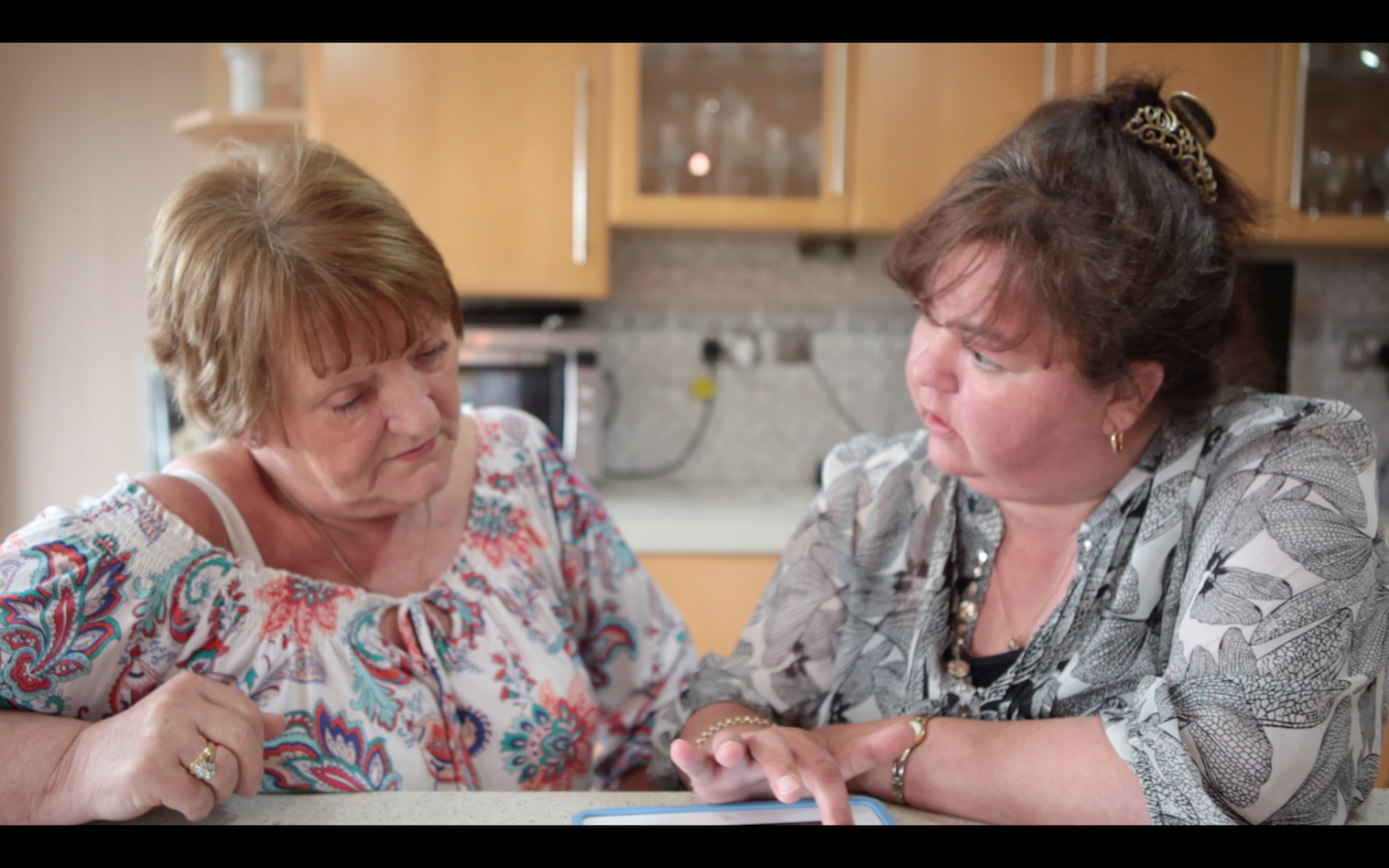 Sam's friends and family have been a huge support, especially her husband and her son. Her son was just eighteen when she was diagnosed:

“He just calls me his 'shaky' mum and we all just get on with it. My family has been very supportive and luckily I work in the family business so I can work part-time, sometimes going in late when I'm exhausted. If I was working for anyone else I don't think I would still have a job. I want to carry on working as long as I can – it gives me a reason to get up and get out of the house."

A Parkinson's nurse told Sam about the uMotif app and how it could be used to track and monitor symptoms. She said it instantly appealed:

“I felt that I was back in charge, I could see patterns in my symptoms and how my disease was progressing. It gave me a focus that I found very positive and it has proved invaluable when it comes to talking through my symptoms with my consultant."

By using the app Sam and her consultant were able to spot a problem with her medication. Sam was taking a particular tablet at the wrong time of day, leaving her with crippling anxiety attacks first thing in the morning.

“It was only when we both looked at the graphs on my iPad that my consultant suddenly realised why that medication wasn't stopping the anxiety attacks. By changing the time I take that medication from evening to early morning I've been able to get the attacks under control and now I only get a severe attack once every few months. Something so simple – but we just hadn't thought of it before!"

Sam feels the app has enabled her to take control of her Parkinson's and even on bad days she can look back at the diary and remind herself that she does have mostly good days. She believes many people, especially those who've just been diagnosed, will find it useful and empowering: “Parkinson's by its very nature gradually takes away your control over your body, but the app gives me a focus. I can see how bad my tremors are and how things like my balance have changed – it's enormously useful."