What an amazing four months for 100 For Parkinson's, with the first people now completed their 100 Days. In this blog post, we take a look back at some of the Media Coverage we've received for this world-first project.... You can read the online articles by clicking on the image below:

Way back in December 2015, the Guardian got wind of our project and covered it in an article on 10 ways to Change the World in 2016: 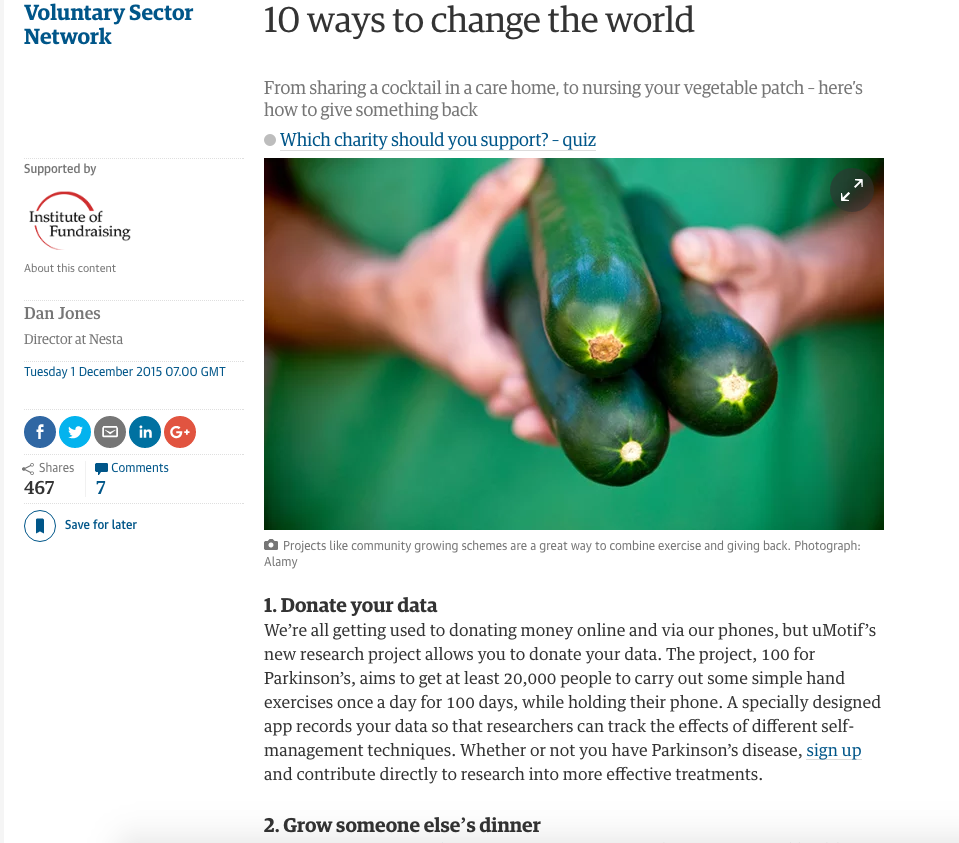 Fast forward two months, and our national launch took place on 25th February. Both Tom Isaacs from the Cure Parkinson's Trust and Bruce from uMotif talked about the project in a feature on BBC breakfast: 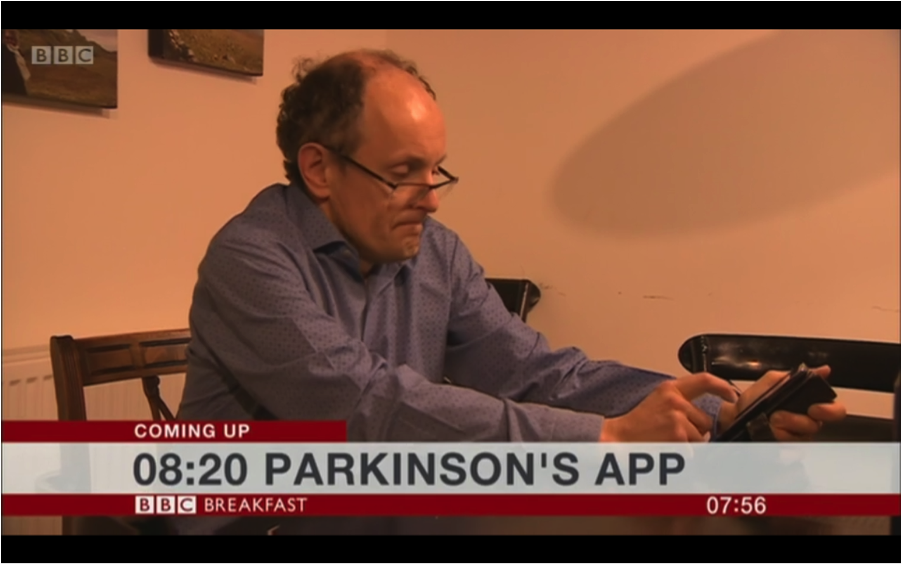 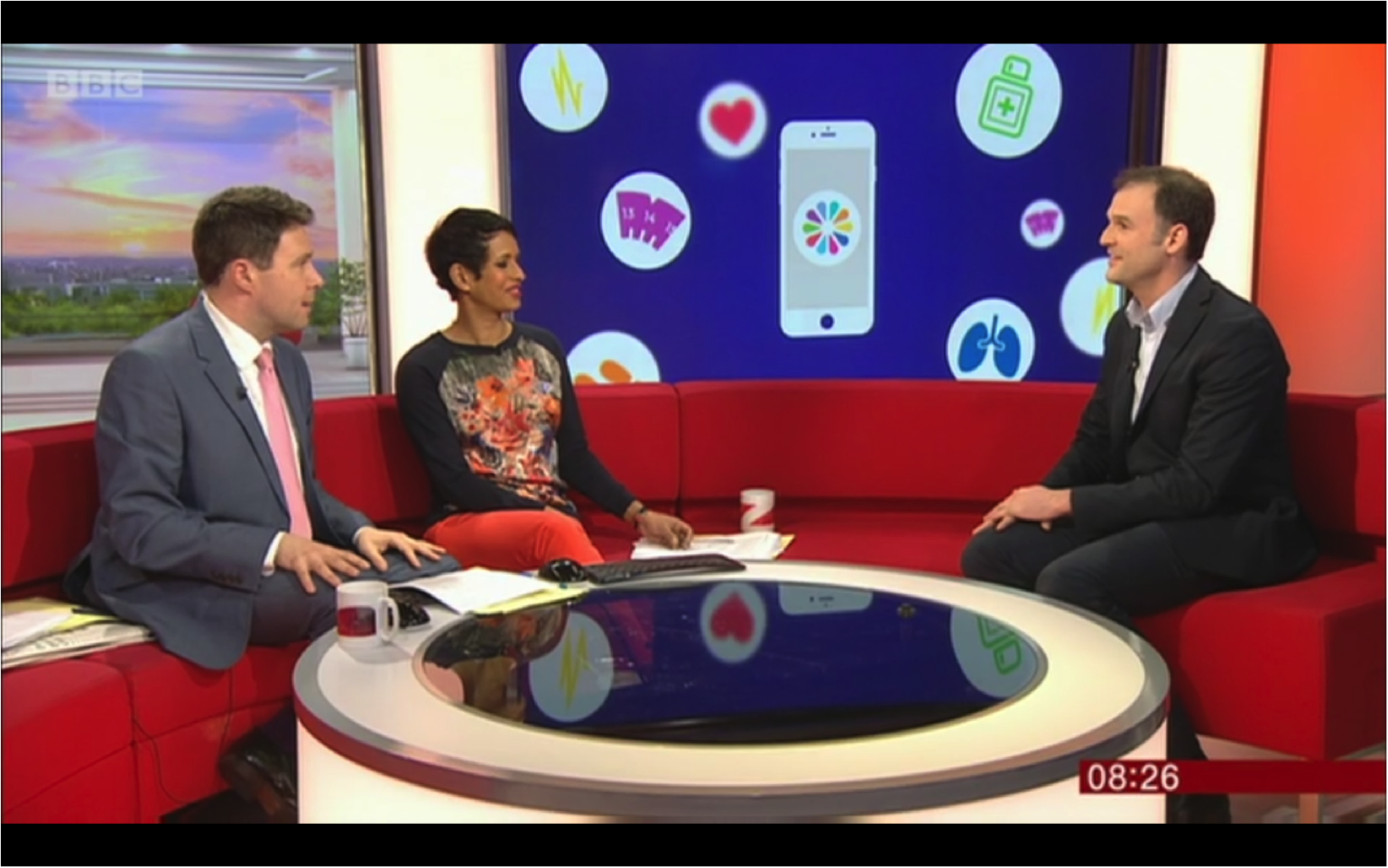 Our partners all gave us fantastic coverage for launch day 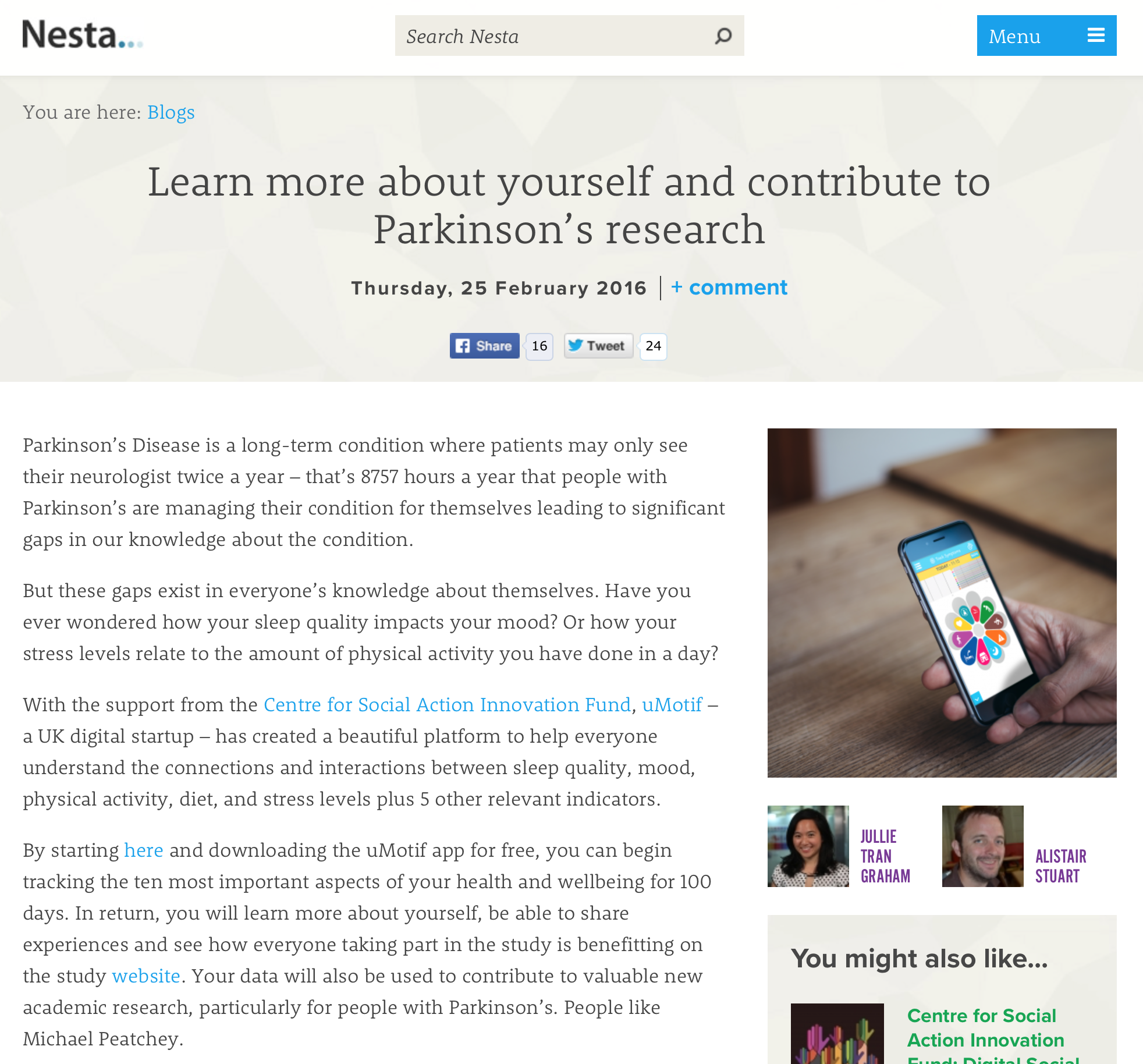 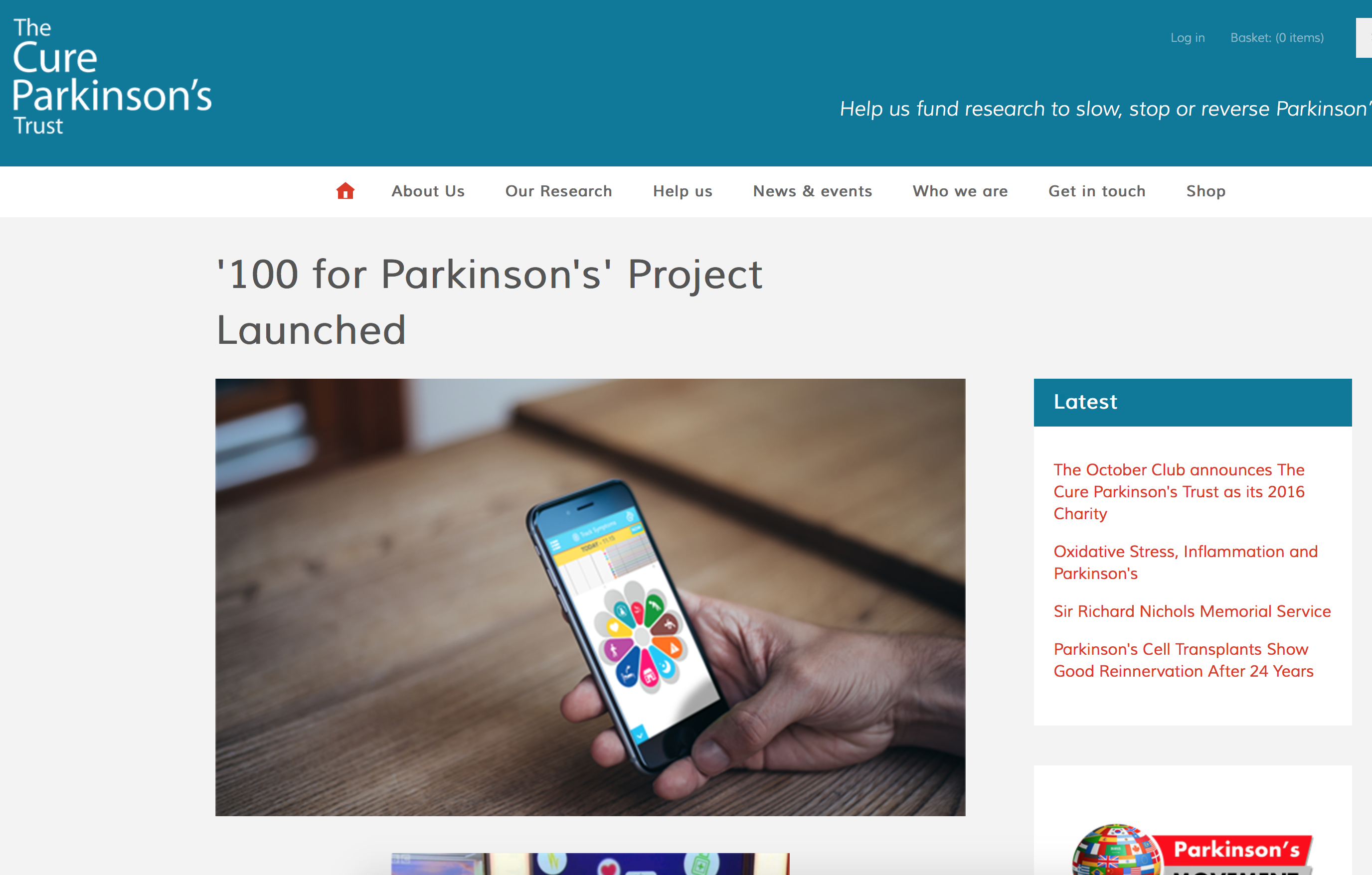 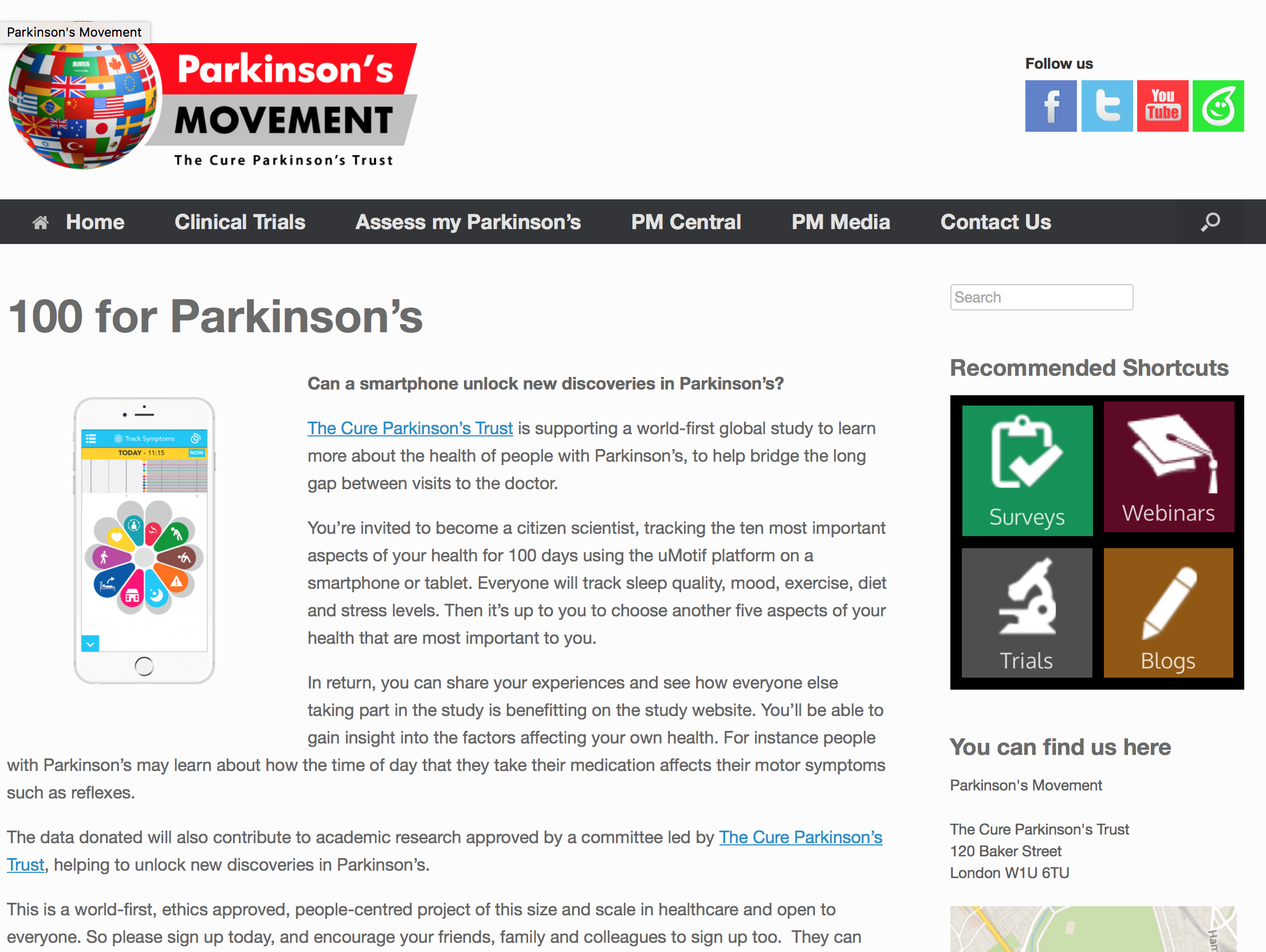 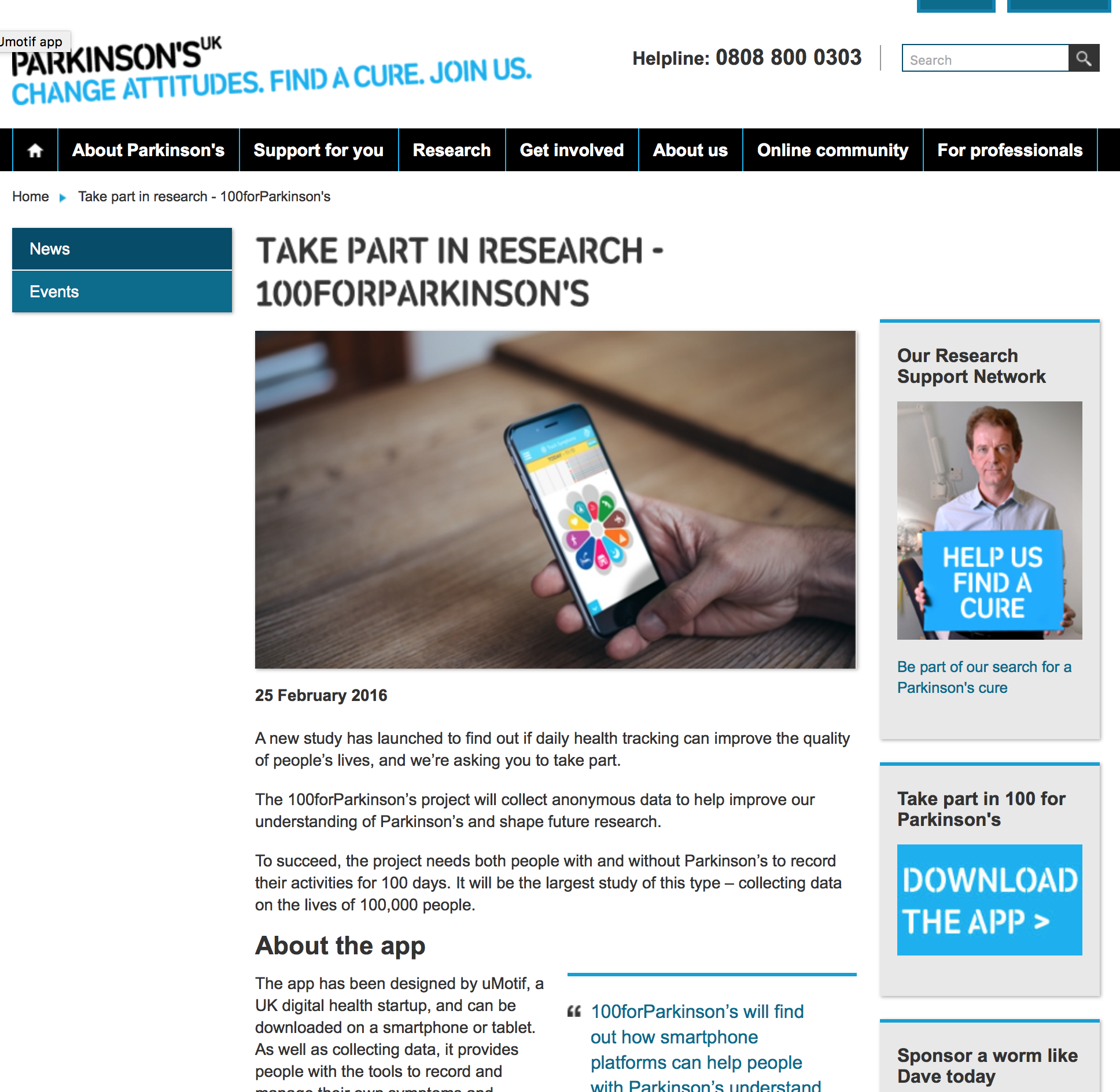 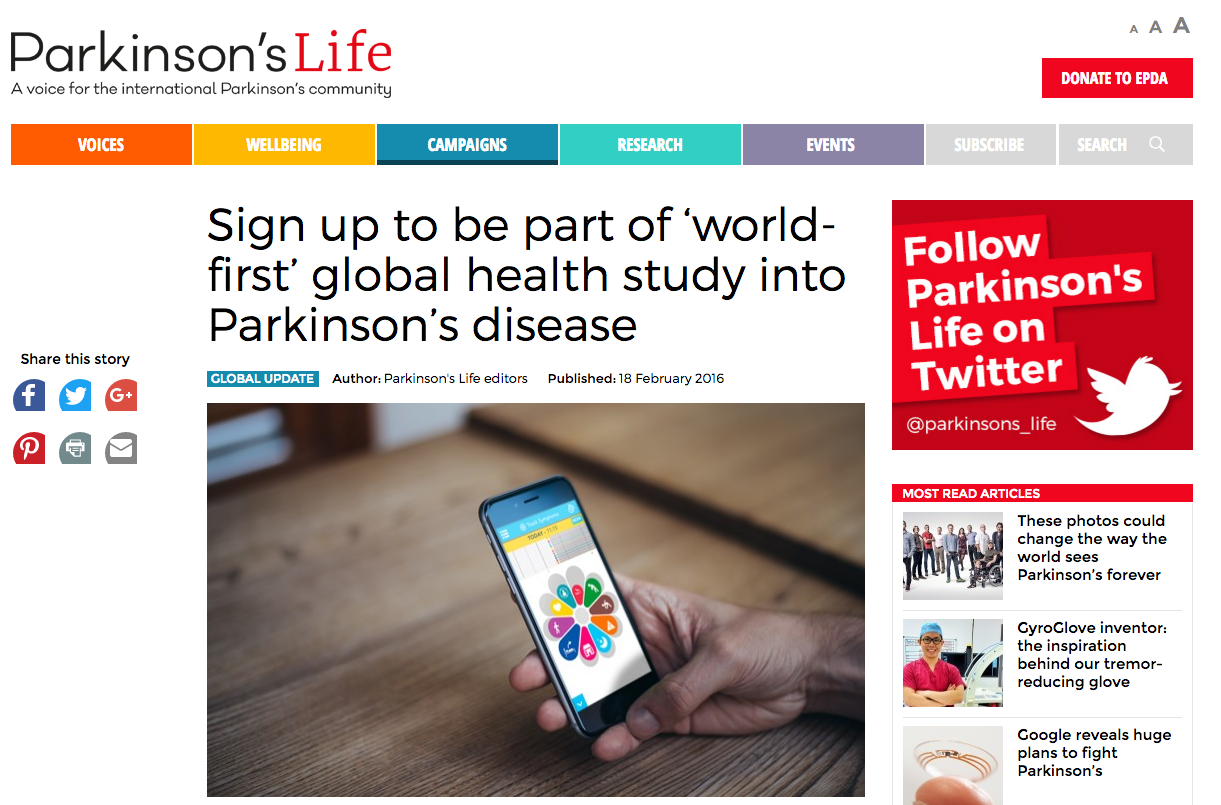 We also received an (unofficial) royal endorsement that day, with a tweet from the Duke of York! 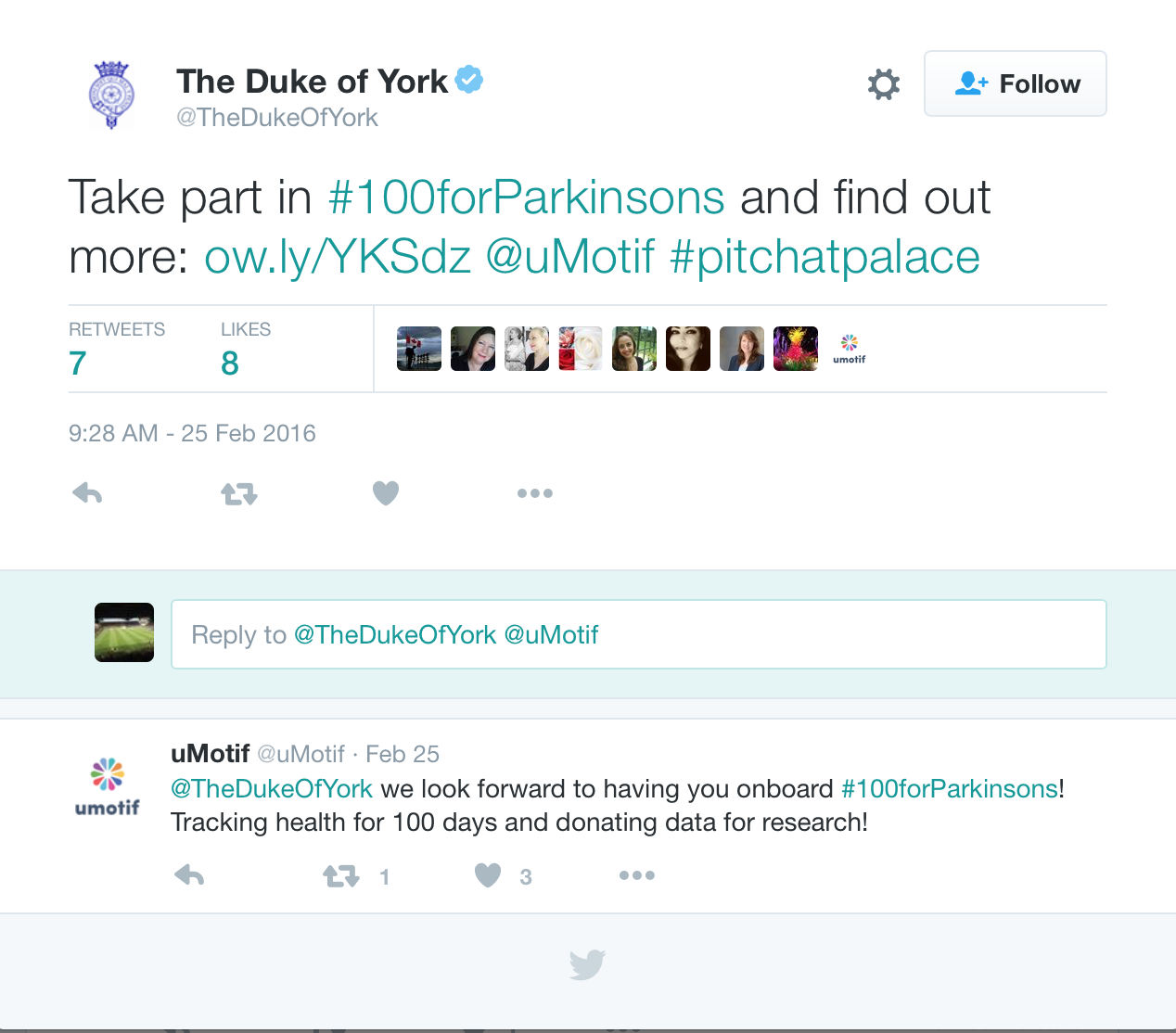 The same week, 100 For Parkinson's and uMotif were featured in an article in the Daily Telegraph 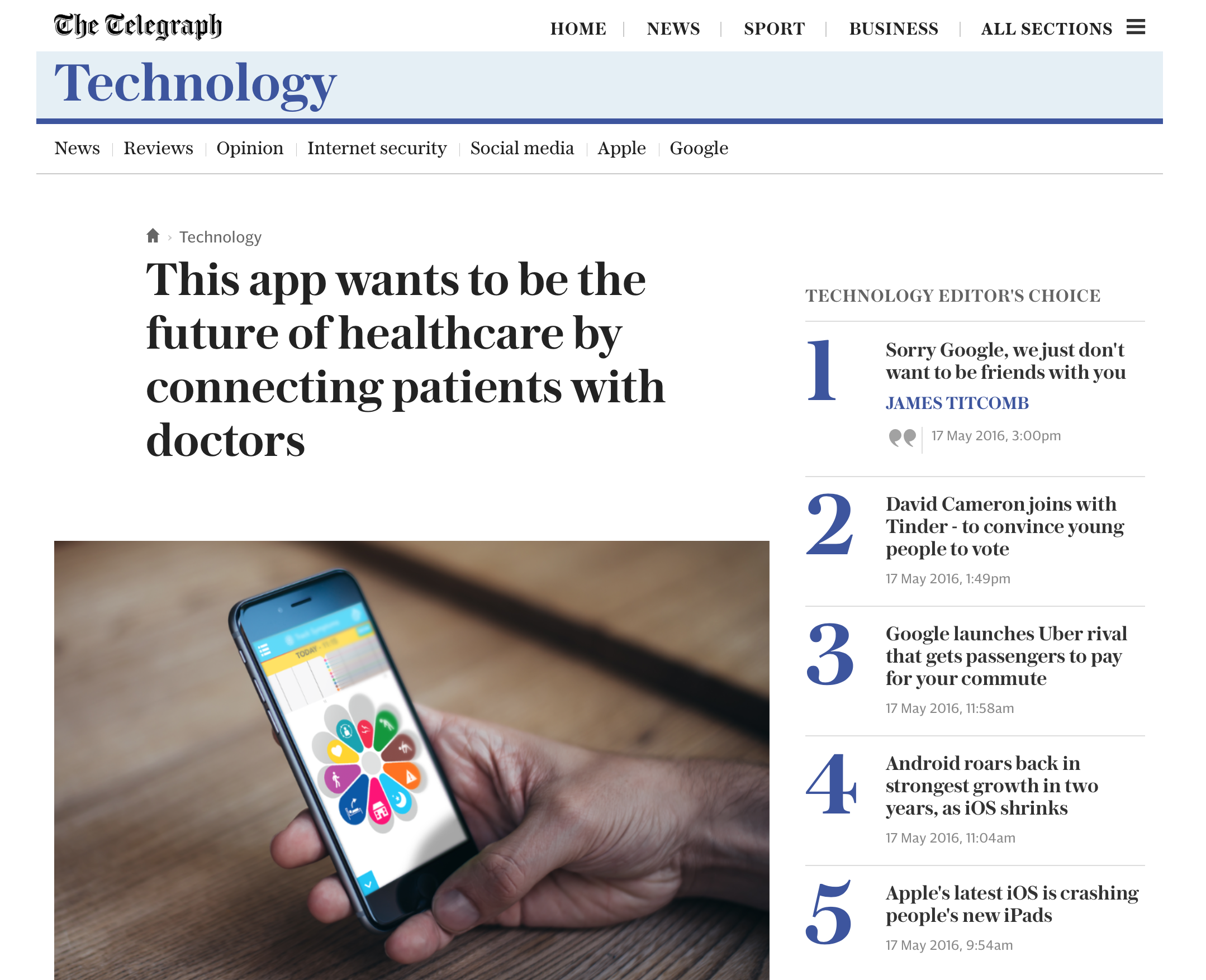 Readers Digest picked up on the project in an article on Parkinson's at the launch: 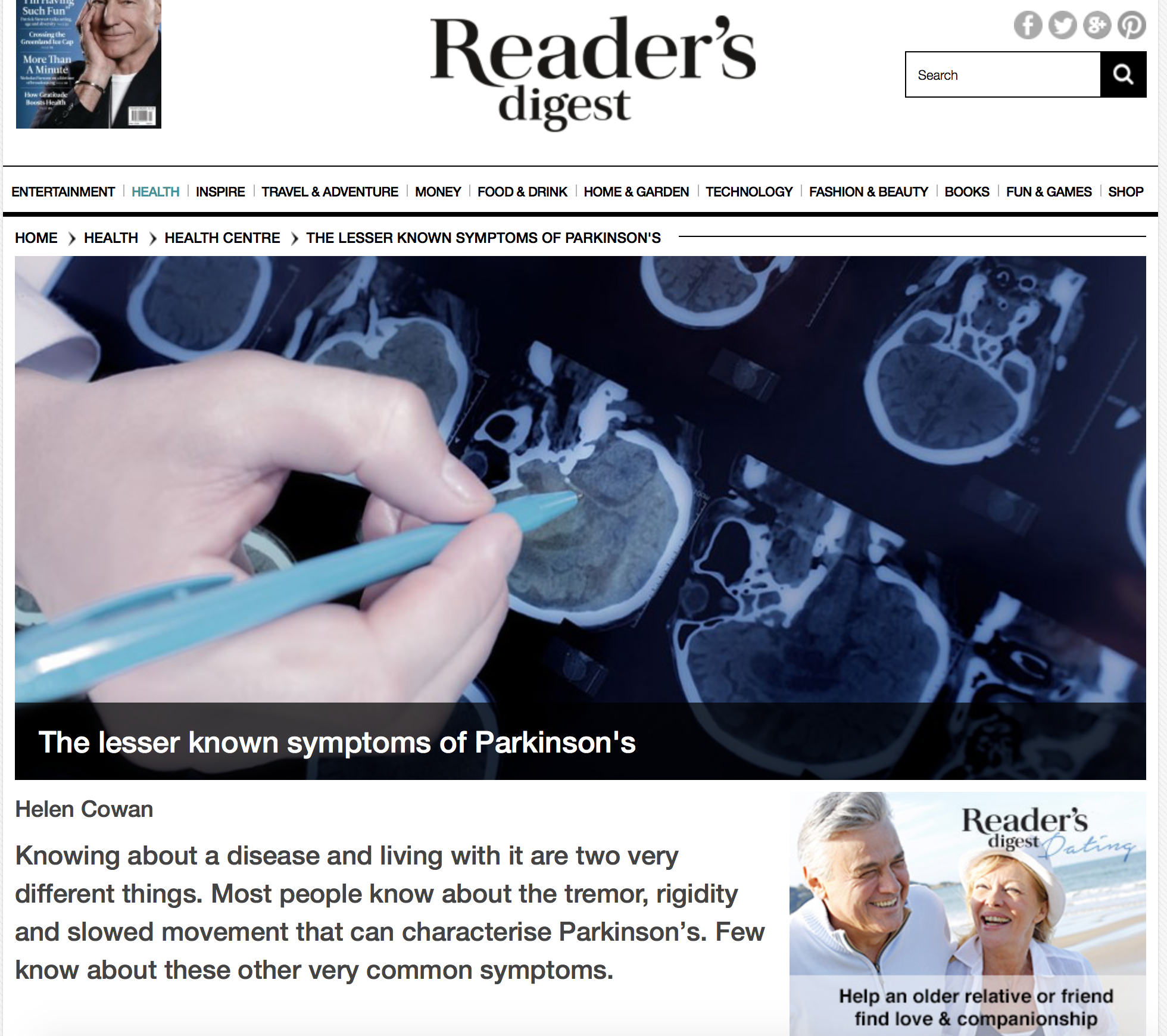 In March, we were featured as part of British Science Week inviting everyone in the UK to engage with science: 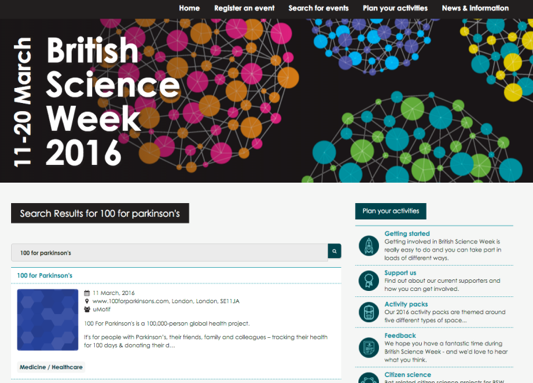 In April, the Citizen Science website, SciStarter, featured 100 For Parkinson's as a project of the week 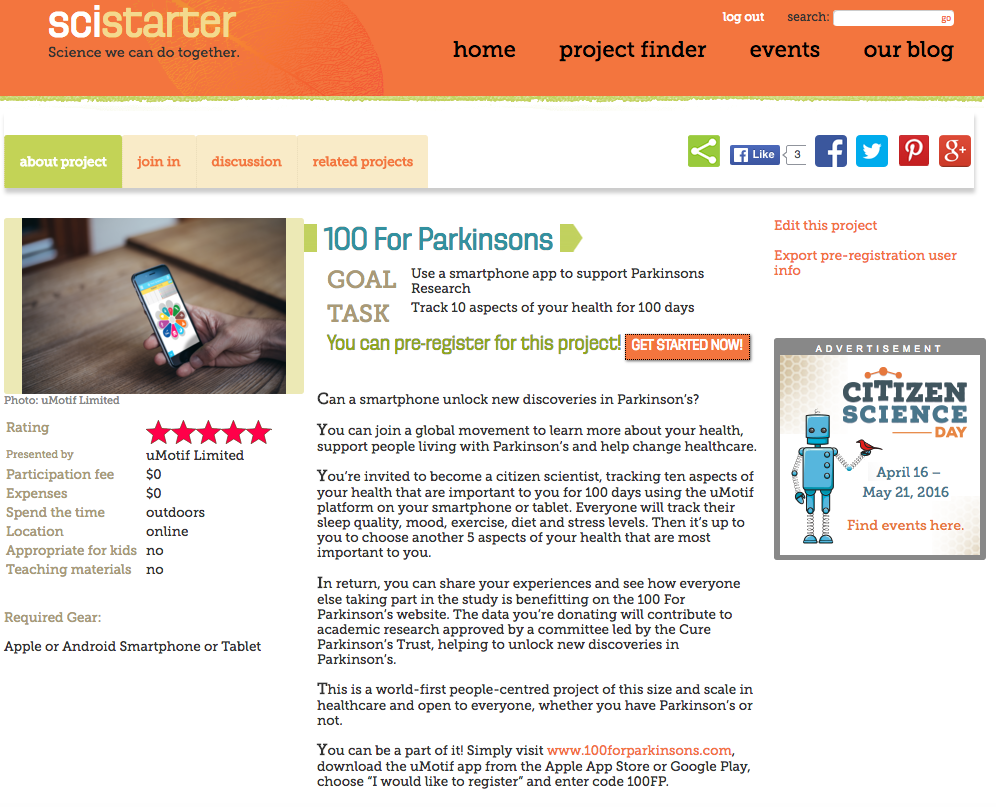 In May, the Guardian featured uMotif and 100 For Parkinson's again in a live web chat on the ways in which technology is set to transform healthcare: 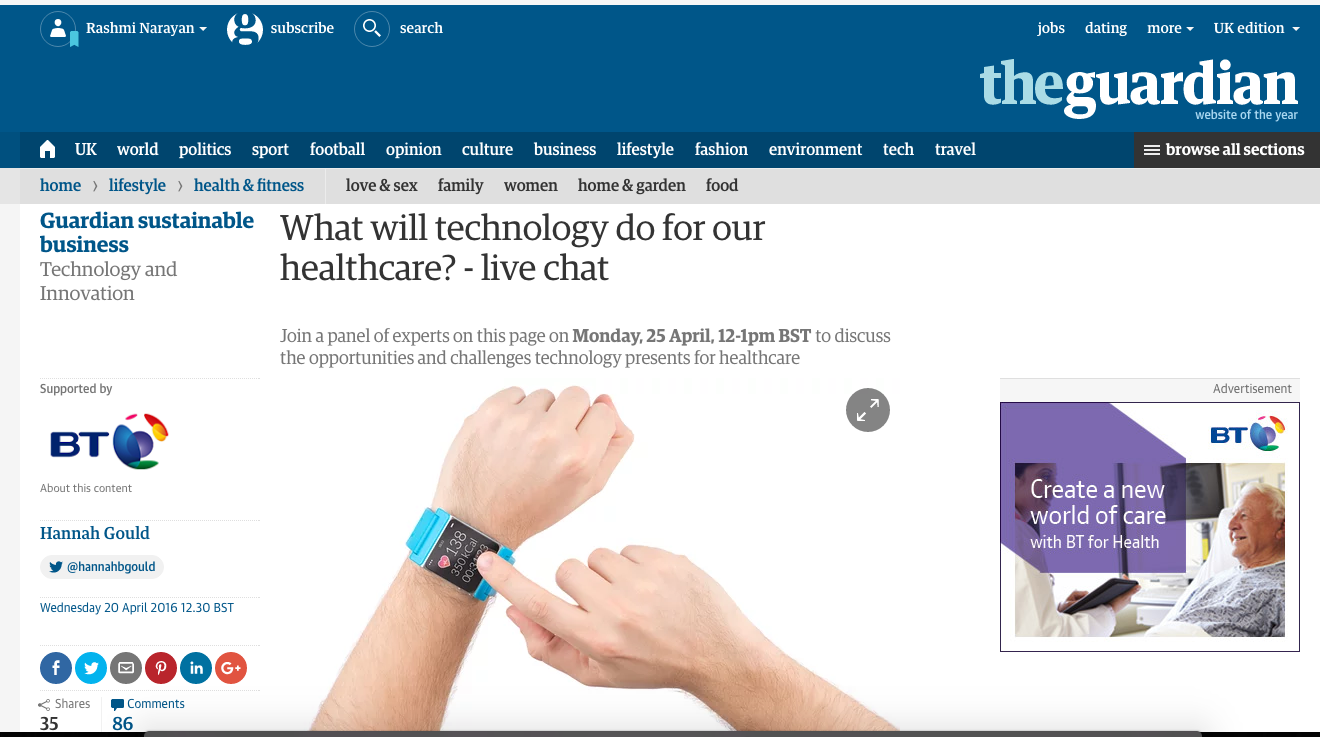 We're looking forward to more exciting coverage in the media in the future!