100 For Parkinson's - Your Study, Your Science

If you click on the image below, you'll be able to explore a visualisation of the symptoms and health aspects that the first people joining the study chose to track. You can see the pairs of symptoms that everybody chose, expressed as a percentage of people taking part.

The colours also show the number of people – the darker the colours, the more people chose this pair of symptoms.

Where a single aspect intersects (e.g. the first row and column – Alcohol Consumption) this shows what percentage of people chose this aspect – 28.6% of people are tracking how much they drink!

Take a look at the data – what do you think? Are there any surprising correlations? Have your say on the data on twitter using #100forparkinsons and help drive a discussion about all of our health! 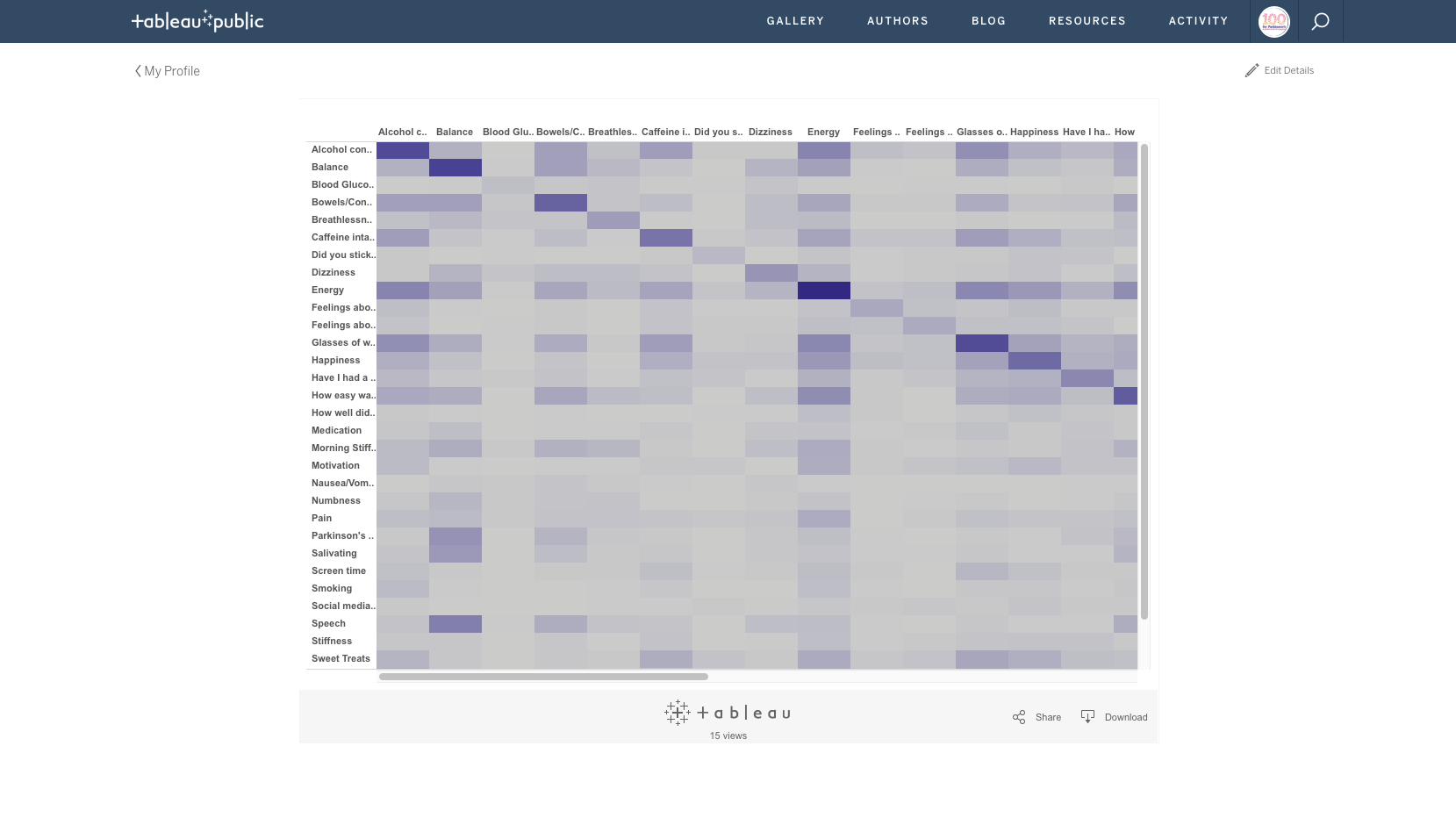